A downloadable game for Windows, macOS, and Linux

Defend yourself from the monster girls as you look for a way home, but be wary of their cunning tricks and traps as they lure you into their embrace. An inattentive moment could find yourself transformed into one of them with magics both ancient and carnal.

But in the world of Pandemonium, defeat is not the end.

Shed your humanity and join the monster girls, adding their strengths to your own. Wield the powers they offer as you seek out the reason why you were brought to this world, and with them you may discover the secrets that hide in the shadows.

Enter the world of Pandemonium, and discover the dreams and nightmares that lurk at the edges of existence.

Enter the world of Pandemonium, and be transformed!

Chapter 2 is now being released. How this works is, free users get each major release 1 month after it is first posted. But, if you're impatient, or just want to support the project, you can spend hard-earned money to get access right now! Right this second! And it only costs a dollar.

As of December 5th, version 4.10 is available for people who spent over 1 dollar on the game.  It will become public on January 1st, 2023. This update contains the new Westwoods area in chapter 2, the Mt. Sarulente area, a new party member, two new playable forms, and a bunch of new quests and items.

Our wordpress blog is updated every Monday with patches, goings-on, and answers to questions put to us by our fans. The itch.io version is (usually) up to date with the version on the wordpress blog.

We here at Bottled Starlight have developed Runes of Pandemonium to be a story-rich jRPG accentuated with lovingly-illustrated boobs and stories of boobs.

Most of us are story-tellers in one way or another. We've poured our efforts into making a game with memorable characters, fun quests, and emotional attachments, then woven all of these into a tapestry filled with eroticism.

In typical transformation games, being transformed is a Bad End.

In Runes of Pandemonium, transformation is a tool to be used.

Being transformed unlocks new monster girl forms for you to use along with the natural abilities those monster girls have. Use your new powers and body to access new areas, strike at an enemy's weakness, or just have fun seeing how the world reacts to your new appearance.

In the world of Pandemonium, your physical form is a mutable thing. Transformations happen, and not always by choice. In Runes of Pandemonium, many NPCs will react to you differently depending on what transformation you are currently using, with some being more appreciative of certain forms than others.

Two chapters released and four to go, with the final chapter being longer than the first five combined.

The game is completely free, and always will be. We are instead developing it with the support of Patreon and Subscribestar users. If you think this game is good, and would like to support us and/or get extra goodies like seeing concept art early, please support us using the above.

Other Games By Us

String Tyrant, right here on Itch.io, is a survival horror game where you and your friends must escape a manor populated by creepy dolls, traps, and much more.

I have an issue where after starting a new game and after the controls screen, the screen turns black. It goes back to normal if I open the menu. This happens on every version of the game.

Download this file (Mega.nz)
go to [Install]\Games\AdventureMode\Maps\Nowhere\ and replace the Constructor.lua file with the one in the zip. It has the line that creates the overlay commented out.
I don't know why this happens on some machines and not others. Hopefully this will fix the issue.

This game is shockingly good. I'm just amazed at all the effort on all fronts, from the gameplay design to the graphics to even the story and writing.

Is this game dead, or will there be updates soon?

There are updates on the progress of the next update, as well as the various other games we're working on, on the blog every Monday.

stupid question, how do i get the screen bigger? it loads tiny

Any hint on how to beat the boss monster in the ritual mission? Even stun and blindness doesn't seem to stop it from killing my party.

Check the combat inspector for weaknesses. It's extremely weak to bleed and poison, and stacking a few of those will let you kill it amazingly fast.

Good to know, thanks :) I had lots of fun playing the game yesterday, and spent at least 8 hours playing it :D

bug report.  Sound doesn't work.  There is no error message or anything but sound doesn't come through no matter what I do.

The game has three executables. Try using the SDL and SDLFMOD versions, see if those help. 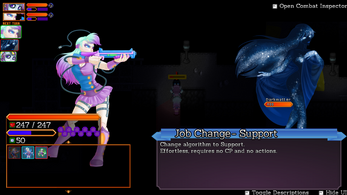 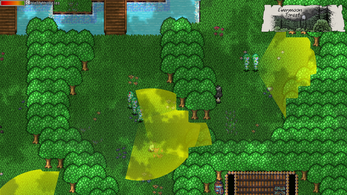 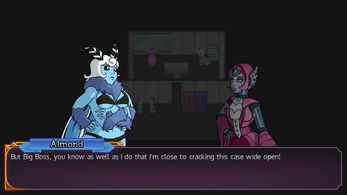 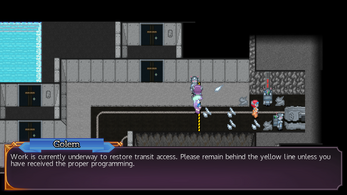 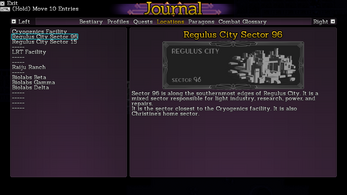